The Orthodox Churches can be understood historically as belonging to two families, the Oriental Orthodox  and the Eastern Orthodox.

The Oriental Orthodox Churches (often referred to as ‘pre-Chalcedonian’ meaning that they accept only the first three Ecumenical Councils) exist today as six fraternal Churches. These six are: 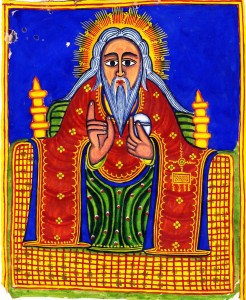 The Eastern Orthodox Churches, from whom the Roman Catholic Church separated in 1054, exist today under fifteen major jurisdictions together with a number of autonomous Churches, some of which are not recognised by most other churches. These fifteen are: 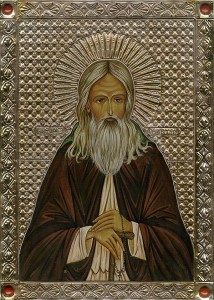 This patriarchate provides oversight to the autonomous Orthodox Churches of Finland and Estonia, the self-governing Orthodox Church of Crete, the Monastic Community of Mount Athos, and the Exarchate of Patmos (all in Greece), the Greek Orthodox Archdioceses of Thyateira and Great Britain, Italy and Malta, America, and Australia, the Exarchate of the Philippines and the Patriarchal Exarchate for Orthodox Parishes of the Russian Tradition in Western Europe.

This patriarchate provides oversight for the autonomous Church of Mount Sinai

14       Orthodox Church of the Czech lands and Slovakia

Evangelicalism is essentially a subdivision of Protestantism. Protestantism originated during the 16th century, when certain theologians who desired reform of Roman Catholicism found themselves or their views rejected by Rome. Chief among them were Martin Luther and John Calvin. 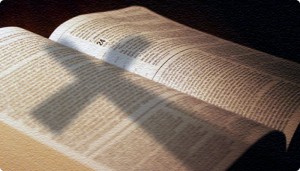 Evangelicals are found within most Protestant denominations, but are particularly prominent among Anglicans, Baptists, Brethren, Methodists, Pentecostals and Presbyterians. An increasing number of Evangelicals are to be found in Independent churches (belonging to no organised denomination) and indigenous Churches such as the African Instituted Churches. Many belong to denominations which are in membership with the World Council of Churches (WCC). However, their willingness to share fellowship across denominational barriers, on the basis of a shared experience of Christ, means that much Evangelical activity takes place through interdenominational para-church agencies. Evangelical Churches are either independent (autocephalous) or in membership of a historic denomination. At national, regional and global levels they are brought together for fellowship, mutual support or joint action by Evangelical Alliances (sometimes called Evangelical Fellowships), the umberella body being the World Evangelical Alliance (WEA).

There is no universally agreed definition of ‘Evangelical’ but many Evangelicals would accept the definition proposed by David Bebbington in 1989 in which he suggests that Evangelicals are:

Fundamentalists represent a particular type of Evangelical. They are usually suspicious of biblical scholarship, opposed to ecumenism, and generally with a negative attitude towards social and cultural involvement. Fundamentalist churches tend to be found in separate groupings, especially within the Baptist tradition.

Pentecostals emerged at the beginning of the 20th century, within Evangelicalism. They added the beliefs that baptism in the Holy Spirit was a distinct experience from conversion, and that the full spectrum of the gifts of the Holy Spirit (charismata) mentioned in the New Testament remains available to the church. The Charismatic movement emerged from the late 1950s onwards. It shares the Pentecostal belief in the continuance of the gifts of the Spirit, but whereas Pentecostals withdrew from their churches (or were forced to leave) and formed separate denominations, Charismatics often remained within their churches. Thus there are charismatic Catholics, charismatic Anglicans, and so on. There are also newer groups of churches which have their roots in the Charismatic movement.

Many locally-instituted Churches in the Majority World share certain Pentecostal / Charismatic features, but their relationship with these movements and with other Christian traditions is complicated by claims that some such Churches have syncretistic elements in their belief and practice.

The Lausanne movement has always been more concerned with evangelism rather than a particular Evangelical identity and as such brings together Evangelicals from a wide range of backgrounds who share a concern for ‘world evangelisation’ (Its original name under the leadership of Dr. Billy Graham and Dr. John Stott was ‘The Lausanne Committee for World Evangelisation’)