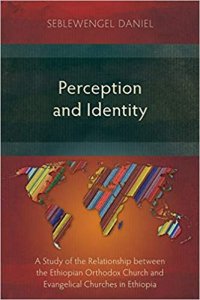 Ethiopia is an icon of freedom and indigenous Christianity across Africa due to its historic independence, ancient Christian identity and rich religious heritage. However, Ethiopia and its various Christian denominations have their own understandings of this identity and how these communities relate to one another. In this detailed study, Dr Seblewengel Daniel explores the perception and identity of the Ethiopian Orthodox Church and evangelical church in Ethiopia and examines the relations between the two.

Beginning with the earliest evangelical missionary engagement with the Orthodox church, Dr Daniel skilfully uses historical and theological frameworks to explain the dynamics at play when approaching the relations over two centuries between these two churches and their respective communities. Daniel ultimately emphasizes that what unites the Orthodox and evangelical church is greater than what divides – namely an ancient faith in the triune God. This important study urges both sides to place the Bible at the centre, using it to understand their differences, and challenges them to take responsibility for past negative perceptions in order to move forward together in greater unity and mutual respect.