We have just heard this encouraging news from Albania.

Last week Orthodox and Evangelical leaders who work in prisons in Albania were able to meet together (perhaps for the first time?) to share common concerns and learn from each other. One Evangelical leader comments, “It was a very pleasant time together, studying several aspects on the main theme: how to be more effective in our ministry.” The same person also reflects on the LOI consultation in Albania last month saying, “I so hope it will appear to have been a turning point in our cooperation with the Orthodox church for reaching out to the Albanian people with the liberating gospel of Jesus of Nazareth.” 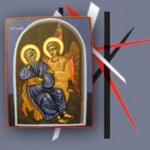 The International Prison Chaplains’ Association (IPCA) has a strong history of bringing together chaplains of many different Christian traditions to work together in prisons.  The European branch of the IPCA was very active a few years ago in restablishing prison chaplaincy in many majority Orthodox countries in Eastern Europe and the former Soviet Union. The next IPCA International conference will be held in Sydney, Australia from 19-24 September 2015  with a Europe conference being held in Cambridge, UK from 11-15 September 2017.