1.6 million people to receive Bible for the first time 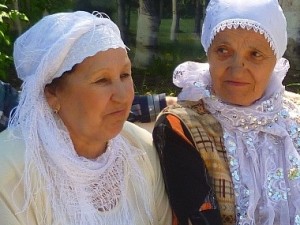 The Bible Society of Russia has announced the completion of a ten year  project to translate the Bashkir Bible – project jointly undertaken by Orthodox and Evangelical Christians.

The Bashkirs are descendants of the tribes that used to lead nomadic life in the southern Urals and were established as a nation in the 9th century. The Bashkir language is the official language of the Bushkortostan Republic, part of the Russian Federation, although it is also spoken in many other parts of Russia and Central Asia. It is estimated to be the mother tongue of 1.6 million people and this will be the first time that they will be able to read the Word of God in their own language. Textual checking contuinues but publication is expected later this year.

The Bible Society of Russia reports that, “The written Bashkir language was developed in the 10th century on the basis of the Arabic alphabet. The first written sources that have reached us also date back to that period. There is rich literature written in the Bashkir language, including both fiction and socio-political, educational and methodological works; many newspapers and magazines are published and radio and television programmes are issued in Bashkir. In the national schools teaching is conducted in Bashkir. This language is also quite widespread in everyday communication.

“There are many Christian religious organizations functioning in the area, including 125 Orthodox, 17 Baptist, 6 Apostolic, 6 Christ Church, 5 Old Believers’ 5 Lutheran, 4 Adventist, 2 Catholic parishes and others.” (The strongest religion in the region however is Islam.)

“The Baskir Scripture translation project was initiated by the Bible Society of Russia on the request of the local Christian communities. … The first trip of the Bible Society members to Bashkiria took place in June 1998. During this trip they established contact with the Chairman of the Church Union of Evangelical Christian Baptists and the representatives of the Orthodox Church, who supported the idea of the Bashkir Bible translation. They got the blessing from the Bishop of Ufa and Sterlitamak Nikon for the BSR work on the Bashkir Scripture translation.”